PLEASE NOTE:
You are using an outdated browser that is no longer suitable for modern web standards.
Please update (or change) your browser to view our site as it is intended to be seen. Thank you. 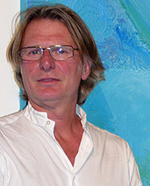 Interview with devakrishna from Osho News:

Q: How did you come up with the idea, why did you choose topics such as "Mystic Rose, Dynamic and the Empty Chair"? What does humor mean to you and what is Osho's role in this for you?

The idea to do a comic about Osho, meditation and his commune came up together with a few friends during 1987 while I was living at the Ashram in Pune. A first draft was presented to Osho who I heard then said: "What is this - a kids' book?" - than he saw caricatures of Swami Niskriya and Swami Sadarji inside and, said: "Publish it!"

I later took the lead in further editing the story and expanded the drawings to allow for a broader audience to enjoy the stories. The originals had Osho as a comic character which I was no keen on and chanced with the concept of an empty chair talking and flying around.

For me this comic is very important as it explains very simply how one can use the Dynamic Meditation and the Mystic Rose Meditation before being able to sit truly still. It also explains the search for truth, for love, for god, for the true self. It also gives a little glimpse of Osho's commune, how his people lived together in love, laughter and meditation, while additionally explaining our therapies and growth groups happening in Osho's centers in a humorous way.

We also explained the serious ecological problems nowadays, the sexual repression of all the religions and the sick outcome like pedophilia, AIDS, and sexual perversion. It explains the politicians, what happened after the Oregon commune, how they prevented Osho to land anywhere in western countries, the jailing, poisoning and murder of Osho.

If I look at all the turmoil that is currently going on all around the world today, nothing has changed, and in essence we can only change if we change something within ourselves. The entire comic symbolizes the search and the finding of the master, and the inner transformation one has to go through.

For me, although it is a comic, it is also piece of history where characters like Sardarji, Niskriya, Maneesha, musicians like Nivedano, Milarepa, Rupesh, Satgyan and many other caricatures are actually real people and the Osho evening meditations did happen in that way. And of course it has a happy ending where nations disappear and everybody becomes liberated and enlightened.

Initially, my intention was to reach out to all the young seekers in the world, to introduce them to Osho and his people in a sincere, crazy and funny way and take away any potential stigma. Hopefully, it will put a smile on the face of all the people who recognize themselves in the comic as they were there around that time.

The book is now available with 82 color pages in hardcopy A4 landscape format and high quality print at Blurb.
Also with 42 color pages as paperback at amazon.com and with 137 color pages as an eBook in Kindle format (for Kindle, Kindle DX, Fire, iPad and iPhone) at amazon.com, amazon.co.uk, amazon.de, amazon.fr, amazon.it and amazon.es.

Satyaloka
In 1987, before Mohi and myself embarked on the Mystic Rose comic book project, we asked Anando (Osho's secretary) to ask for Osho's permission to publish it. Osho's first reaction was that he wasn't interested in that project and didn't want to be associated with it. After discussing about it with Anando we realised that comic strips were not in Osho's culture and that therefore he couldn't relate to them and understand them in the same way as somebody like me who had been brought up in France where comic strips are part of the culture.

Once she understood that, Anando asked me to work on a few specific pages featuring caricatures of some characters like Sardarji and Nishkrya who were often mentioned by Osho in his discourses and jokes. She also talked to Osho about the popularity of comic books in the West and managed to convince him that publishing this comic book would bring a different audience in contact with his work.

When Anando submitted those pages to Osho, he burst out laughing and immediately gave his blessing for the comic to be published but also added that he didn't want the Ashram to be involved with the publication of this comic book. 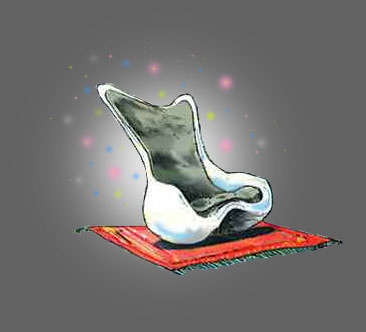